15 Scientifically Proven Ways to Be Happier

Where our money go legally or illegally does not make any difference. What matters is that we become poorer and poorer and they get globally richier and richier.

Plus one extra one that outranks them all.

Corporate tax avoidance, tax dodging, secret offshore tax havens, tiny tropical islands that are the mysterious headquarters of global companies. In the past few years, there has been an increasing amount of talk about how to get giant companies to start paying their fair share of tax.

But I’m a bit of a curious type. When I read a term like “secret offshore tax haven”, I tend to wonder “yeah, but where?”. Luckily, an organisation called Tax Justice Network has an answer for “yeah, but where?”, in the form of its Financial Secrecy Index.

Splendid. How does the Financial Secrecy Index work?

The short answer* of how the index works, is that it uses 15 different “secrecy indicators” to determine which countries make it easiest to hide money and avoid tax. Then, it factors in how big the country’s financial services industry is. This second step is important because a tiny country with a small number of shady financial transactions isn’t as much of an overall problem as a large country with millions of secret foreign transactions per day.

Clear as mud? Good. Here are the world’s 15 biggest tax havens, and there’s a bit of a twist at the end.

I’ve heard of this place, but if you told me to point it out on a map, I’d be in big trouble. Back in Australia, we call the shirt part of our football uniforms guernseys, but that’s completely unhelpful. Guernsey is actually an island between England and France, and belongs to the British Crown. While the island is loyal to the British Crown (technically it’s not UK territory, or in the EU), it makes its own laws on matters such as taxation. The island of 65,000 people has made a big push towards being an offshore finance destination, and its main street is lined with private banks, law firms, and accounting firms.

Despite its name being most closely associated with shorts, missing ships, and triangles, the island is actually the shape of an abstract lobster claw. Located a couple of hours off the east coast of the USA, Bermuda is another piece of UK territory that has long been known as a tax haven. The unlikely home of tennis stars and actors, Bermuda’s tax system puts taxes on staff payrolls, but not on corporate earnings or investment income. Its largest customer for offshore transactions is the United States. 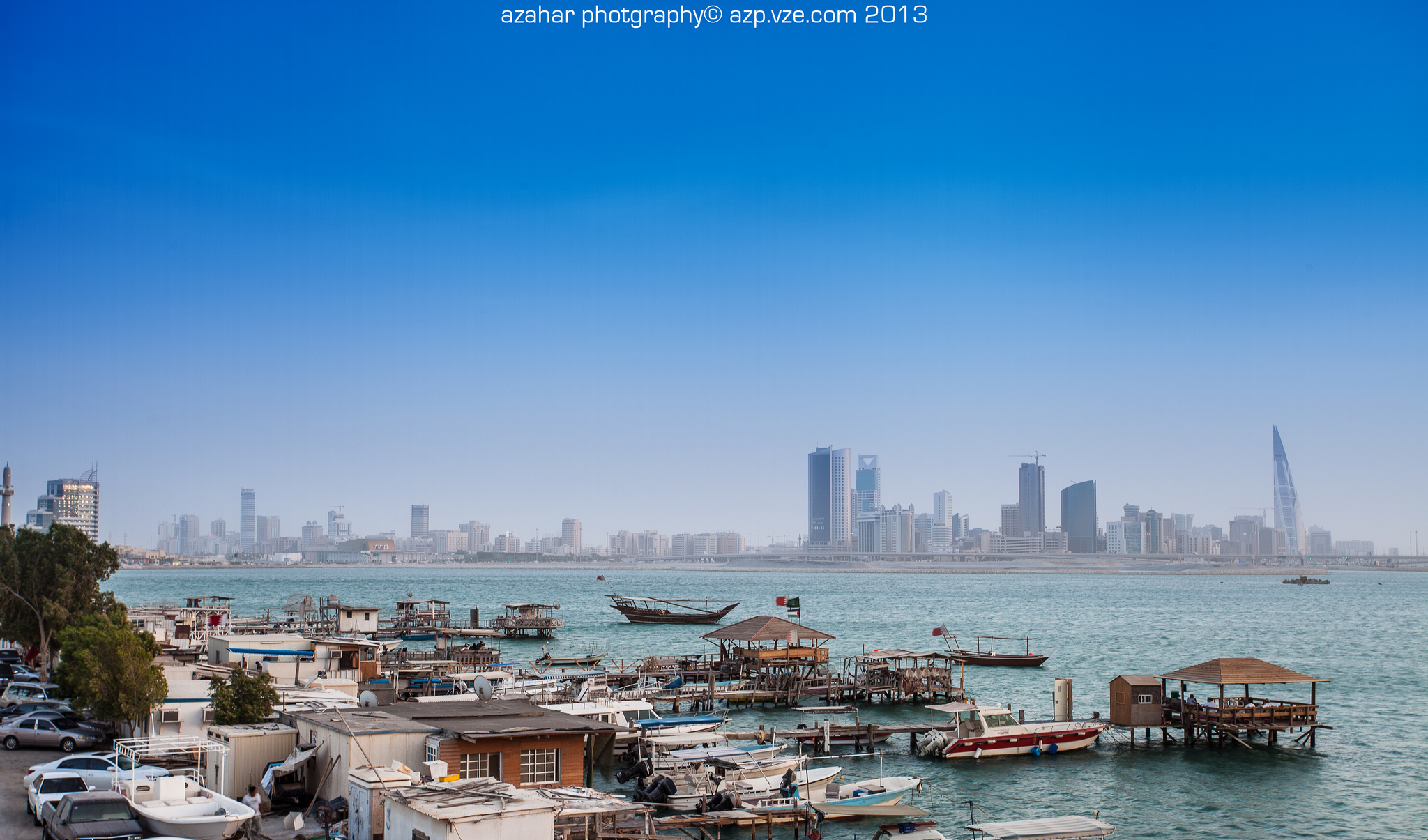 No, this is not the classic Guns n’ Roses song “Novem Bahrain”. This is a small country in the Persian Gulf, just off the coast of Saudi Arabia, with a population under 1.5 million. Much of its economy is related to oil, but there’s also a large and growing financial sector, including Islamic finance. Bahrain doesn’t charge income tax or corporate tax, but does have a social security tax. Overall, this makes the country an attractive place to funnel financial transactions through. 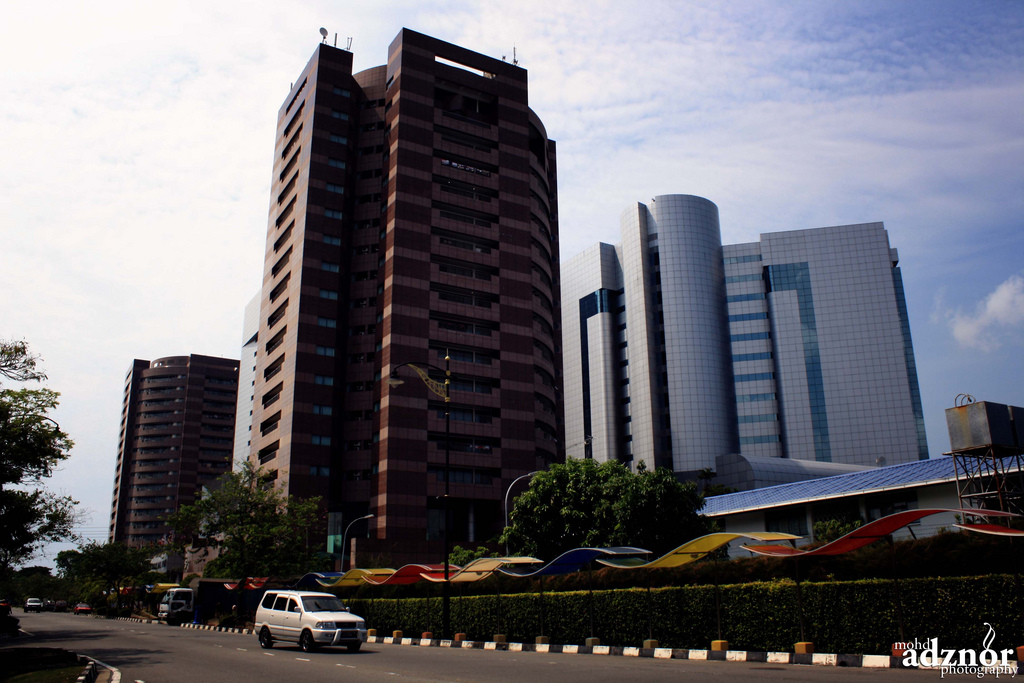 Not all of Malaysia, but just Labuan – a small island located just off the coast of Borneo. In 1990, the Malaysian government designated the island as an international offshore financial centre, and a very low tax system was created. While the government takes measures against money laundering, it doesn’t tax the international income of companies registered in Labuan, and only charges 3% on any income from within Labuan. Handy fact: Labuan is only a short ferry ride from Brunei, which banned alcohol in the 1990s. The tax free alcohol in Labuan makes the island an appealing day trip for people living in Brunei.

Home of the Panama Canal, a very handy shortcut route for ships trying to get from the Pacific Ocean to the Atlantic. The French initially tried to build this canal 135 years ago, failed spectacularly, and it was finished by the Americans a few decades later. Panama’s economy is very reliant on international shipping, trade, and logistics. An international finance industry has sprung up around this, with Panama-registered companies not having to pay local tax on any income received outside of Panama. Foreign authorities can only gain access to the financial records of Panamanian companies with the permission of Panama’s court system. 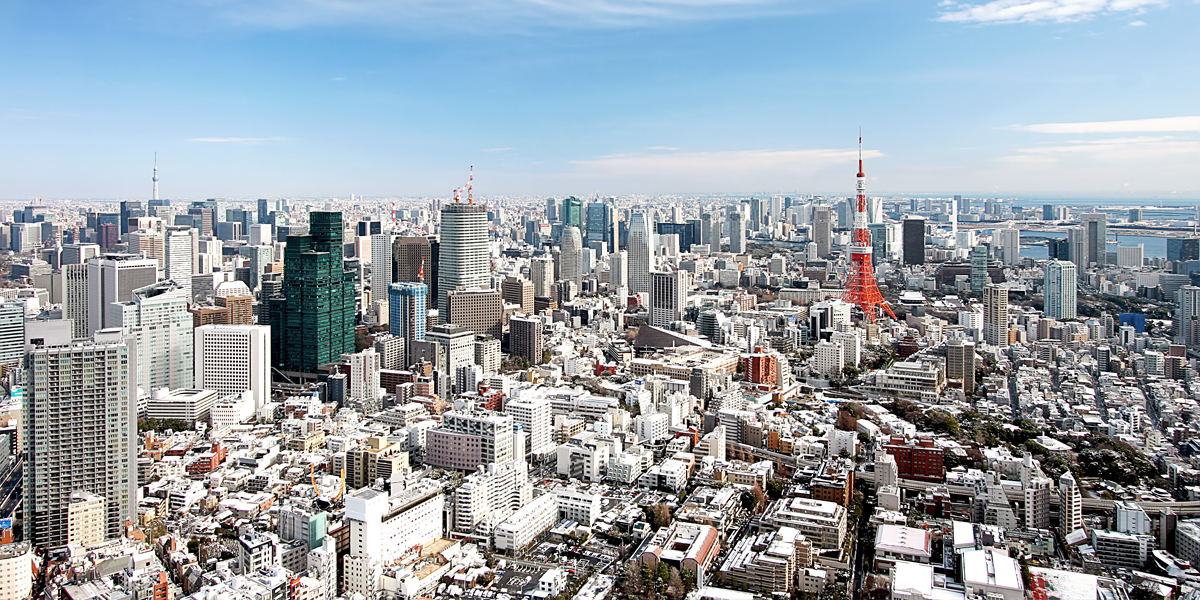 This is a bit harsh on Japan… it’s only this high up on the list because its financial services industry is one of the world’s biggest. The problem here is that while most countries are getting better at cracking down on tax avoidance, Japan is arguably going the other way. In the past, any Japanese company that had a subsidiary registered in a tax haven country had to send their profits back to Japan so that they’d be taxed in Japan. Until 2011, Japan defined “tax haven country” as a country taxing 25% or less tax on income. That was downgraded to 20% or less in 2011, and in 2015, this has changed again to “under 20%”. What this means is that fewer companies are having to send their profits back to Japan for full taxation, making it easier to avoid tax. 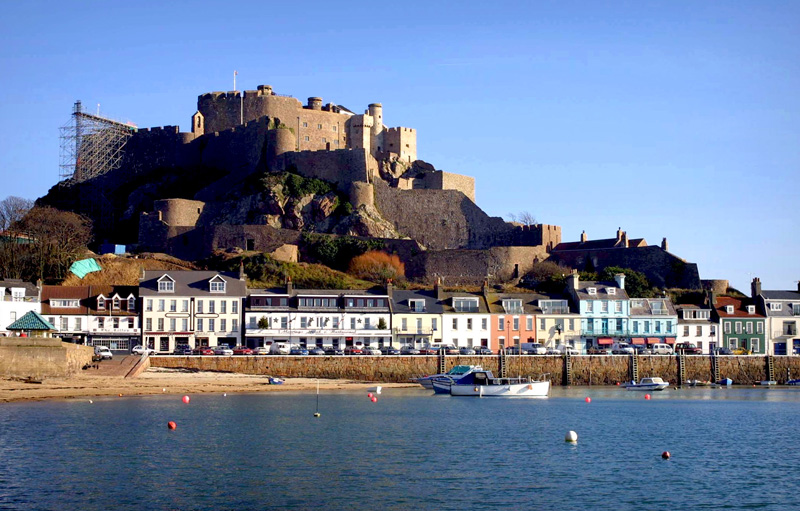 This one is just confusing. Remember how I said that a guernsey was a name for an Australian football jumper? Or is it a jersey (no, it’s not)?! Aside from being another clothing-named place, Jersey is another small British Crown dependency in the English Channel, 25km from Guernsey. Similar to Guernsey, Jersey prints its own banknotes and makes its own tax laws. A culture of secrecy and non-disclosure in the island has resulted in Jersey housing an estimated 5 billion dollars of wealth per square mile. Its close connection to the UK (almost half of Jersey’s tax avoidance trade comes from the UK), and location in Western Europe have long made it a popular choice for people wanting to avoid tax. 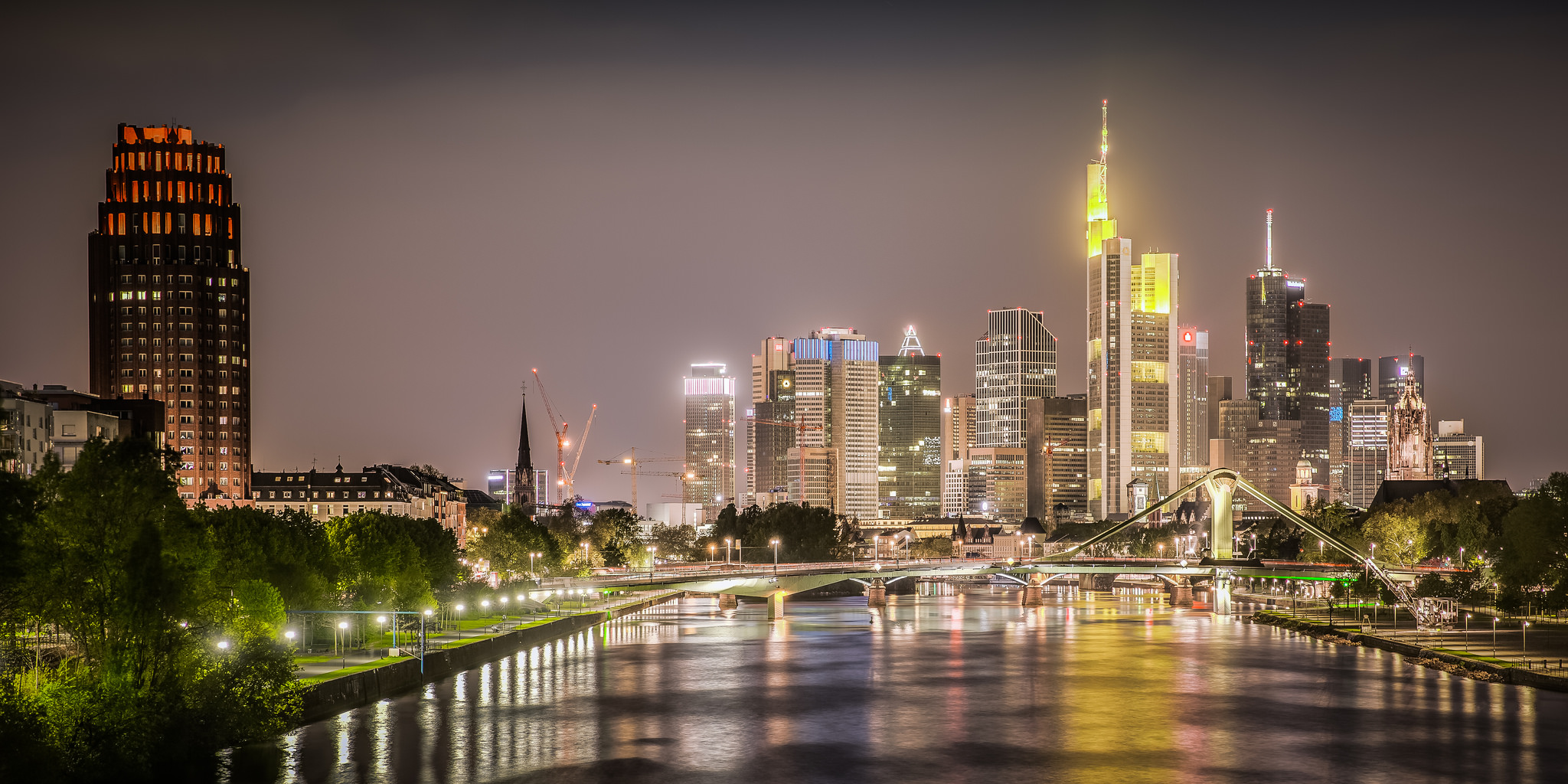 Another major economy, and home to some of the world’s most famous manufacturers (and allegedly David Hasselhoff). The income tax system for normal workers is pretty watertight, but it’s a different matter for large companies. Only 2.8% of Germany’s tax revenue comes from corporate tax paid by corporations, with private tax specialists creating very complicated company structures to help major companies to avoid tax. Germany is currently pressuring countries like Malta to tighten its tax laws, with numerous countries having used Malta as a place to direct money towards in a quest to reduce tax within Europe.

Lebanon, located at the eastern end of the Mediterranean, is a bit different to the other countries on this list. While Lebanon is only home to 4.5 million people, the Lebanese diaspora (Lebanese living overseas) is estimated at anywhere between 5 and 16 million (this is why no matter where in the world you are, you can find a kebab van at 2am). The Lebanese are a prominent presence throughout West Africa and the Middle East, and control numerous large commercial operations. Lebanon’s tight financial secrecy laws enable the diaspora to direct money back to Lebanon without full disclosure to the government. 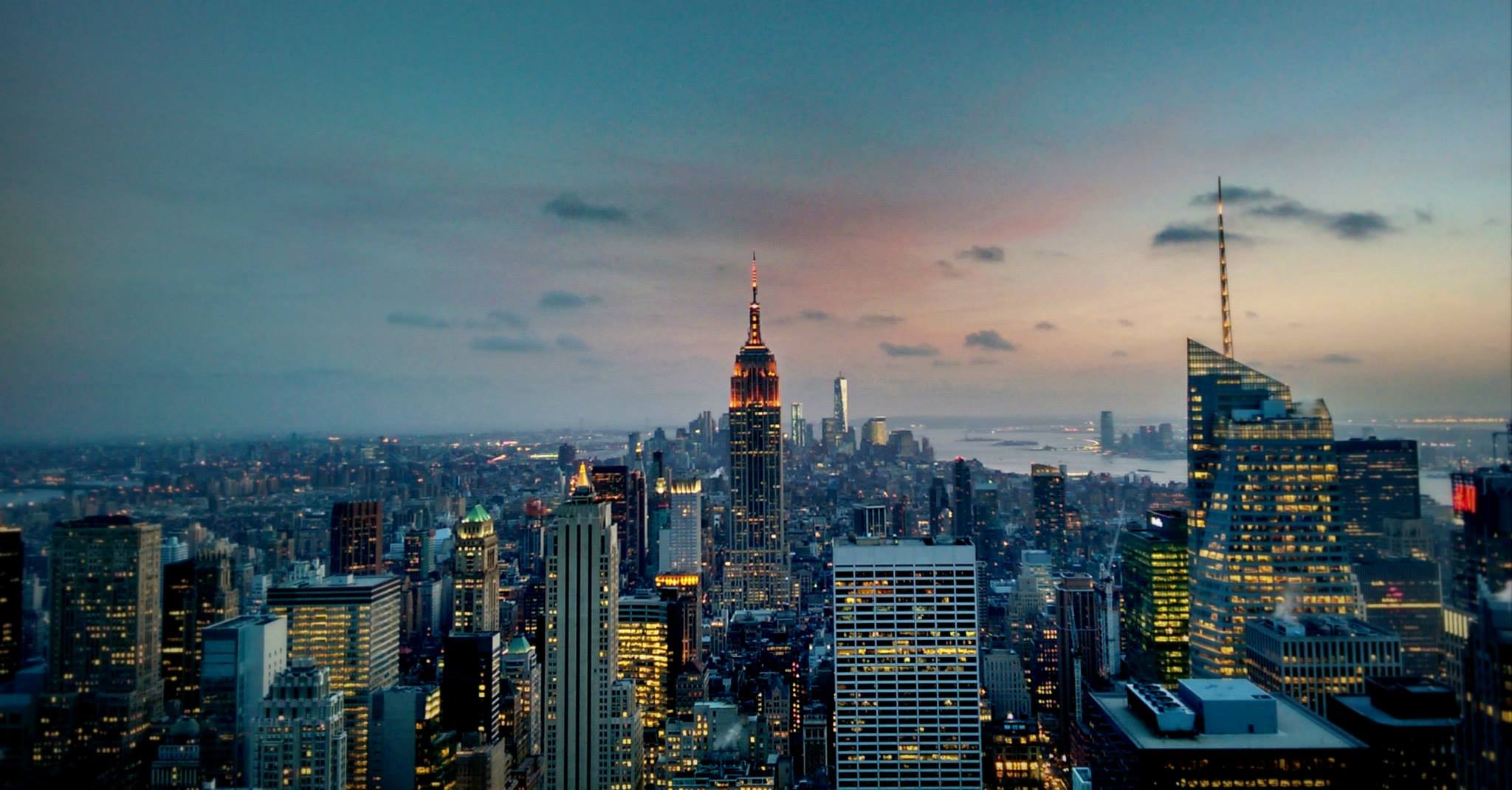 The home of liberty/freedom/Mexican food is also the home of some major tax dodging. Similar to Germany, the world’s largest economy is good at taxing normal workers, but not so good at getting large companies and wealthy individuals to pay their fair share. Much of the wealth being stored in small island tax havens actually originated in the US, so current American tax laws are failing to prevent companies from transferring money out of the country, and into secrecy. State laws in Nevada, Delaware, and Wyoming also enable companies to easily avoid corporate taxes.

When Malaysia kicked Singapore out in 1965, it was a tiny island that didn’t even have enough fresh water for its people. Since then, it has become an international trade and financial services powerhouse, and one of the richest countries in the world. While it’s very easy to open a bank account there, Singapore’s financial secrecy laws are tighter than most, so it’s difficult to track the millions of transactions that pump through this thriving Asian trading hub every day.

Well well well, another ocean outpost of the UK, this time located near Cuba and Jamaica in the Caribbean, and home to fewer than 60,000 people. These islands are one of the original tax havens, with no income tax, capital gains tax, company tax, or inheritance tax applied to offshore companies registered there. There are also tight secrecy laws that help to protect companies from revealing their finances and transactions, making the Cayman Islands a popular choice for tax avoidance and yachting.

Since being transferred from the UK 20 years ago, Hong Kong has been a “special administrative region” of China, with its own currency, laws, and political system. Hong Kong has always embraced capital markets and low taxation, and has significant secrecy laws. With China booming right next door, Hong Kong has been used by Chinese companies to undertake vast amounts of international financial transactions, and also by overseas companies wishing to have a reliable location from which to deal with China.

Tucked in between France, Germany, and Belgium, Luxembourg isn’t a sneaky tropical island in the middle of nowhere. Actually, the country was a founding member of the European Economic Community (which grew into the EU), and is signed up to all sorts of treaties. Luxembourg cuts discount tax deals with multinational companies who run part of their company through there, enabling giant tax savings. Though the country only has 500,000 people, there are 148 banks from 27 countries in the capital city, and an estimated $1.25 trillion is being stored there by American companies. Sound fishy? But change is hopefully on the way… in January 2015, Luxembourg ended its long practice of bank secrecy. 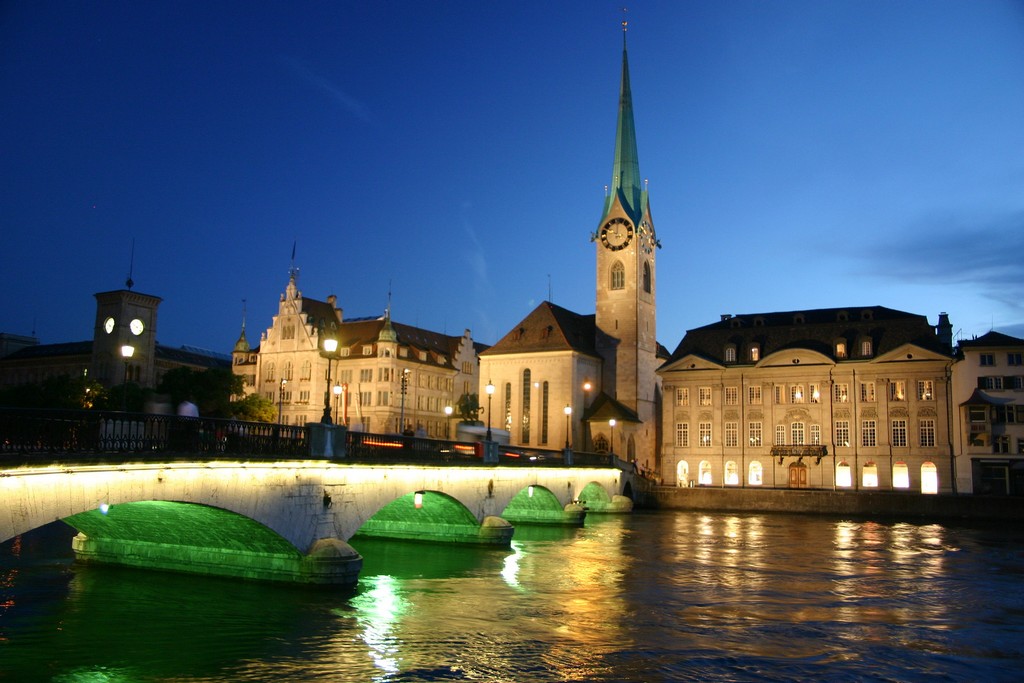 The Swiss bank account has long been the iconic way for wealthy people and companies to secretly park their money out of the reach of their governments at home. It’s like you weren’t even a proper villain unless you had a Swiss bank account. The secrecy laws have been chipped away at a little bit by international lawmakers in recent years, but the sheer scale of what’s going on in Switzerland makes it the grand champion of this list. Countless highly wealthy people and companies have money hidden here, and because Switzerland is not a part of the EU, it makes the country better able to resist international pressure to change its laws. 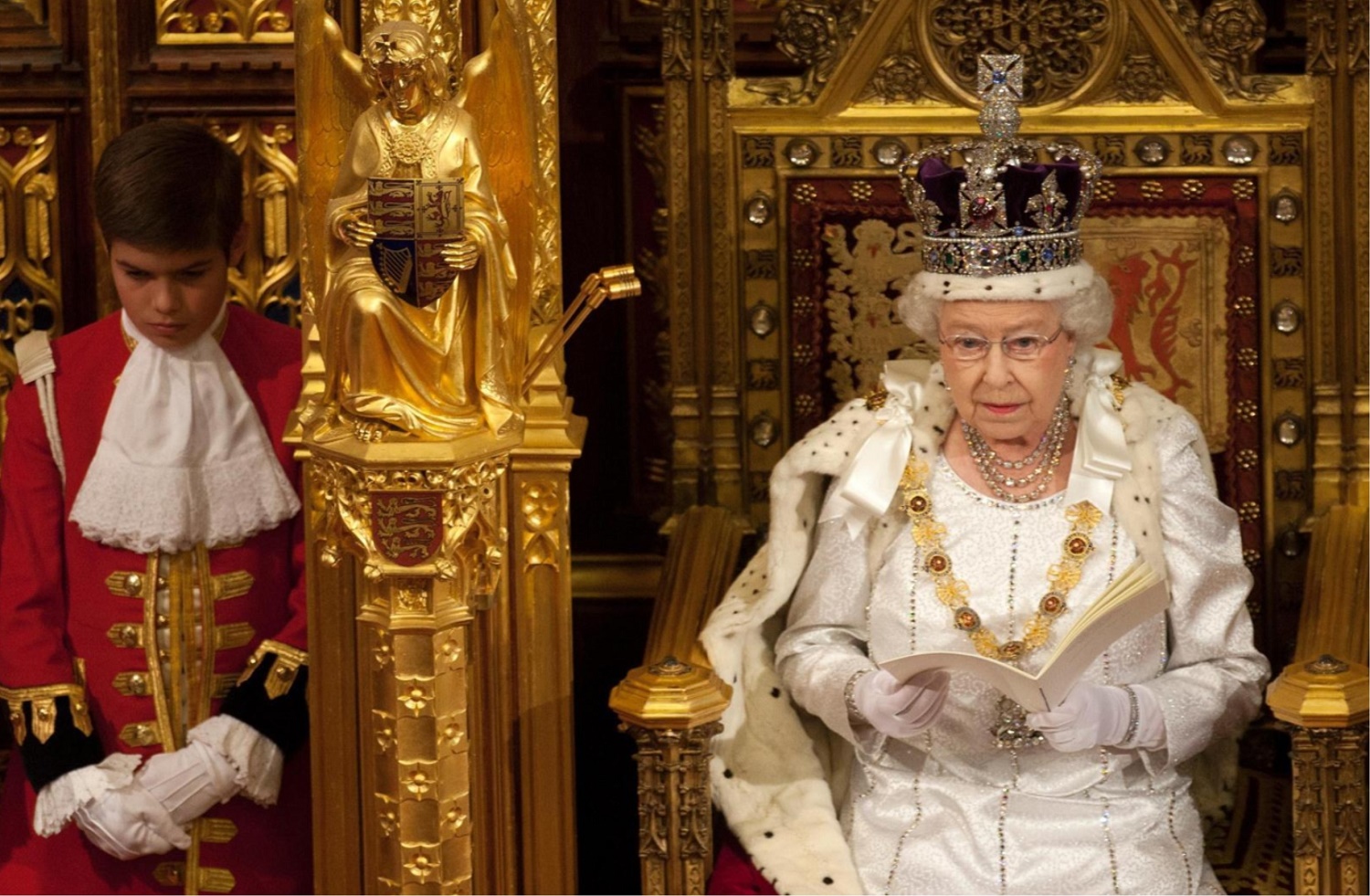 If the UK and its satellite secrecy jurisdictions were counted together, it would be number one on this list by an absolute mile. So while you might hear politicians in London crying foul about how other countries are acting as tax havens, the lion’s share of them sit under the British Crown.

Nobody likes to be called a tax haven, partly because that scrutiny might make it harder for a tax haven to do business. Many so-called tax havens have gone to great lengths to cooperate with international efforts to stamp out gigantic tax avoidance… but only in ways that mean they can continue to host gigantic tax avoidance. Sorry, the term they prefer is “international finance centre”. You guys, can you please just call them “international finance centres”? Yes, that little island of a few thousand fishermen and retirees is an International Finance Centre. I’m glad we’ve cleared that up.

Why does all of this matter?

Well, for every major company that isn’t paying its fair share of tax, there are scores of teachers and nurses that can’t be employed, roads that can’t be repaired, schools that can’t be built, and hospitals without livesaving equipment. And that’s in the already-wealthy countries.

The global nature of the tax avoidance game has even bigger consequences in developing countries, where the missing tax dollars could be used to help citizens out of extreme poverty.